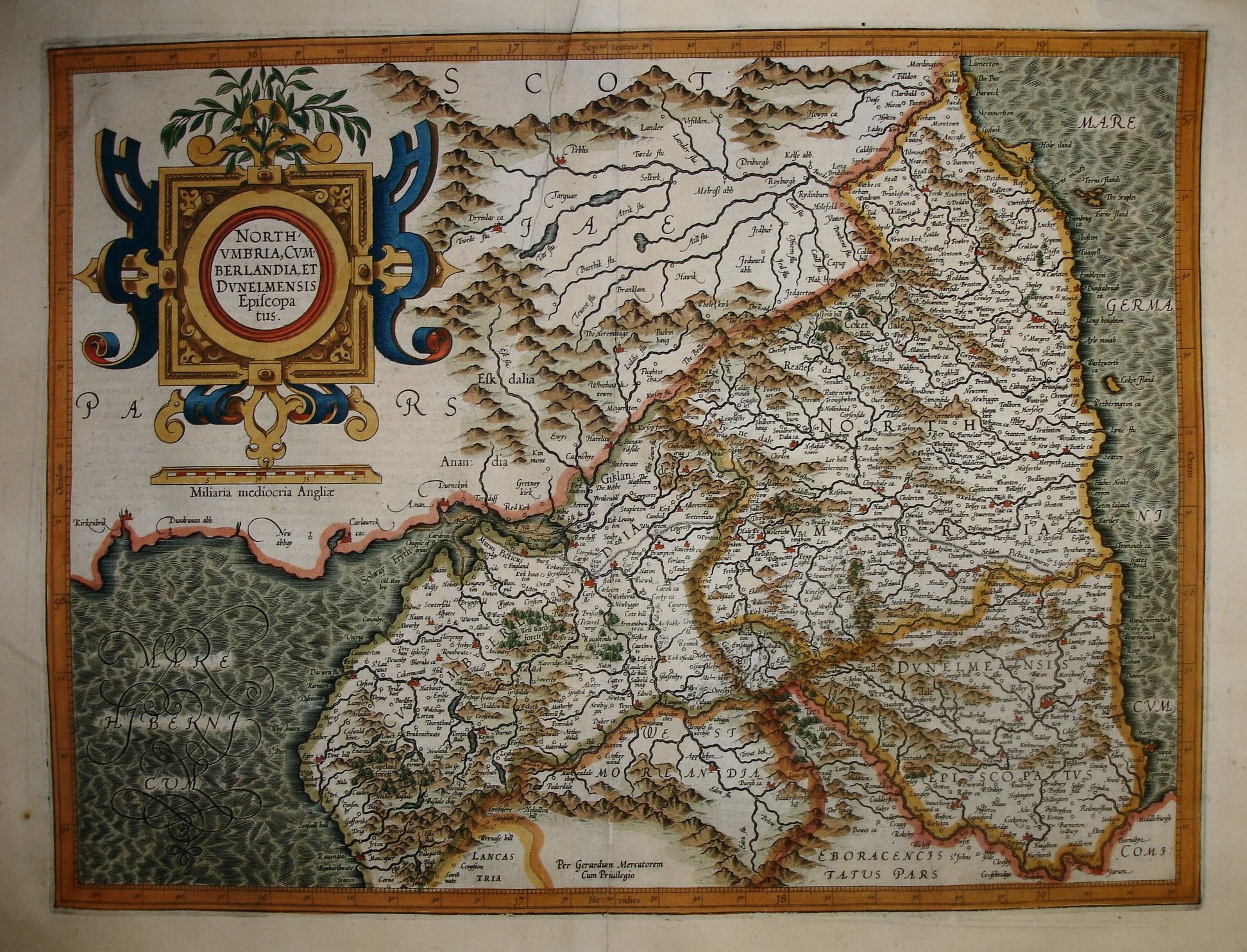 Since at least the 1600ʼs, the Wannops in England have been concentrated in Cumberland, into which they seem to have moved from Northumberland. The locality of Wainhope near Kielder in North Tynedale is almost certainly the origin of the family name. Settlement around Kielder dates back 2,500 years to the Iron Age, continuing through the Roman period to post-medieval times.

The earliest known record of the name in Cumberland is in papers of the Aglionby family of Nunnery, where Alexander Waynhop, the rector of Newbigginge and chaplain to the Aglionbys, appears in relation to transactions in 1487 over messuages in the vill of Terriby. There is no evidence that were many or even anyother other Wannops then in Cumberland, but by 1580 the family had certainly settled into Gilsland. The apparent migration of an entire family group of farmers over a mere 30 miles from Wainhope in Northumberland, may have occurred over a relatively short period in the 16th century..

A substantial family tree encompassing many of the Cumbrian Wannops was originally compiled by the late Arthur Wannop, who farmed in the Isle of Wight but whose line descended from Cumberland. The tree was translated to a computer record by Glyn Ross of Canada, whose mother was a Wannop. Considerable extension and revision of the tree was carried out by Urlan Wannop from original sources at the Cumberland County Record Ofﬁce, from which he compiled this commentary on the origins of the Wannops and of their place in the history of Cumbrian farming.

Although the name is now spread far abroad, Cumberland remains the Wannop heartland. But the family are relatively fewer amongst the population of England. Electoral registers recorded 167 Wannops of voting age (over 18) in Britain in 1998, whereas the 1881 Census showed 139 Wannops aged 18 or over. Although both records have their limitations, other names have clearly grown relatively more.

Farming was still the principal occupation of Wannops in Cumberland in 1881, when 37 of 71 males of above school age farmed or worked on farms. Three Wannop widows also farmed, and at least six daughters of the name worked on farms. Other Wannops depended upon agriculture as blacksmiths, sawyers or manure agents. Altogether, 23 Cumbrian farms were run by Wannops in 1881, reducing to three by 2006. Of course, the Wannop line continues in other farms inherited through female lines, where marriage has changed farmers’ names.

Over the three centuries between 1600 and 1900, at least 40 farms between Wetheral and Brampton were at one time or another occupied by Wannops, or about 1 in 3 of all farms in the area. Moreover, whereas the average size of Cumberland farms in 1851 was 110 acres, the average Wannop farm of 1881 was half as large again.

There are several possible explanations for the short-distance migration of the Wannops from the Northumbrian to the Cumbrian Border country. Although the upper reaches of North Tynedale may have lacked permanent settlement until the 1500ʼs, there were summer sheilings on the broad upland pasture. However, below the forestry village of Kielder and the locality of Wainhope from which the name seems certainly to derive, there is archaeological evidence of medieval houses and a farm, as well as signs of earlier Iron Age and Roman settlement.

Records show an ʻ Emma of Waynhoppeʼ to have been beheaded at Wark in 1279, and the ʻThoma. Waynhopʼ whom the Durham Rolls record as selling beasts to the monks in 1420 might also have come from the locality. North Tynedale lay on an important droving corridor. Black cattle were prevalent in largely pastoral farming on land which was high and relatively poor. By 2007, although sheep were still sold at market from grazings at Wainhope much land had been given over to forestry,

The hardships of farming life in the vicinity of Wainhope would have been reason enough to move to better land in Cumber-land, but there was also the background of warfare on the Borders. Raiding was still common in Cumberland at the time of the ﬁrst evidence of Wannops there, but the family was not amongst the prominentreiver names of Redesdale and the Northumbrian borders. It may be that the family stood apart from the reiving culture, although what Emmaʼs thieving in 1279 involved is unknown. The John Wannop who was a bailiff as Lord Howard restored his Naworth estate in the early 1600ʼs was presumably of better reputation, or at least trusted to satisfy the Lordʼs interests. The considerable authority and patronage of a bailiff would have been to the advantage of John Wannopʼs kinsmen as the Borders settled to peace, when farming offered an increasingly secure and prosperous life. The Wannops were frequently yeomen, reﬂecting their standing and the relatively secure and prosperous roles they gained in the 18th. and 19th. centuries.

While the Wannops in Britain remain concentrated in Cumberland, farming is much less their prime livelihood in the 21st. century. Since the mid 1800ʼs, Wannops have moved into towns and cities and new occupations as other traditional farming families have done throughout Britain.